In early December, the shareholders of Hog Island Oyster Company gathered for a gentle repast at the company’s eponymous Ferry Building restaurant in San Francisco. Did I say gentle repast? More like our annual saturnalia minus the debauchery. No arrests were made. A well-behaved group though we gorged on raw oysters, grilled oysters, baked oysters, oysters Rockefeller, oysters casino, oysters with chipotle, fried oysters, oysters with hog wash, hot sauce, a squeeze of lemon, a grating of horseradish and probably more ways than I recall.

There were other goodies too like mounds of cold cuts and cheeses, piles of ribs and crab sliders, trays of hamachi and salads, layers of crayfish and shrimp, dips and sauces and spreads, cocktails, Champagne and wine, gingerbread men, angel cookies and lemon bars.

Desserts did not desert.

and gingerbread men danced with angels. 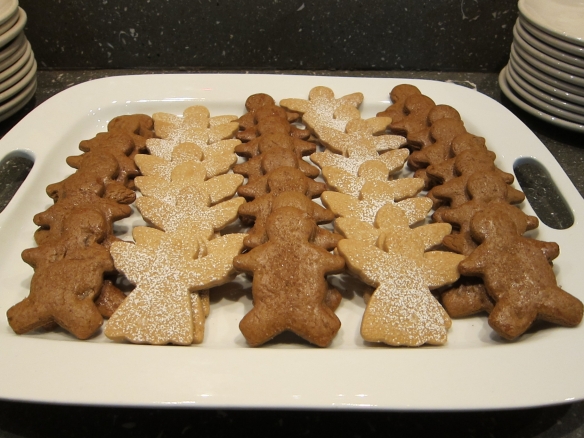 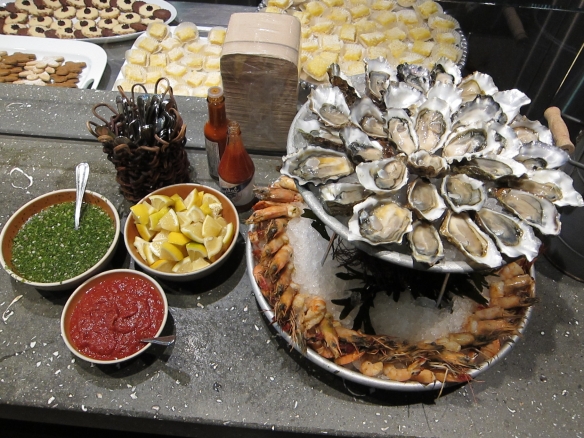 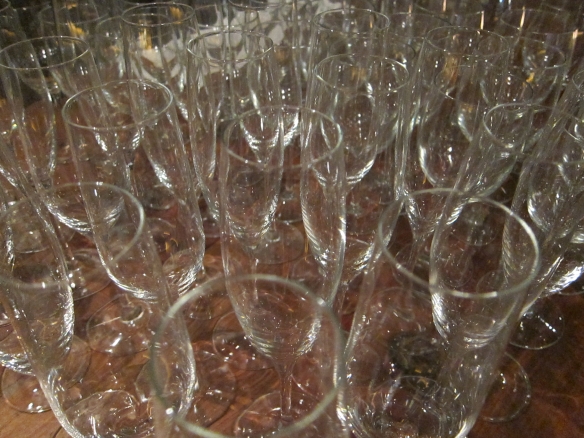 and outside, it was chilly, Bay Area chilly that is. No scarves or gloves, galoshes or boots, no furry linings or playful hats. Even the Bay Bridge played along, its performance art light show sparkled at the party revelers, a wink-wink, nudge-nudge to the season and reason to at least forget the world’s woes, at least for one night. “Season’s Greetings,” I think it glinted, “Peace on Earth,” it concluded. 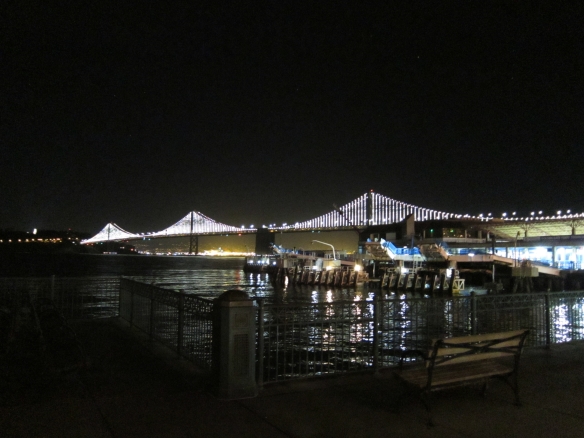