Quarryhill Botanical Garden is just north of Agua Caliente (love the name of that village) on Hwy. 12 between Sonoma and Glen Ellen. 25 acres of flowering Asian plants and trees. A wildfire in 1964 scorched the foothills of the Mayacamas Mountains of eastern Sonoma County. Within a few years, the area was dense with a thicket of native species.

In 1968, the late Jane Davenport purchased forty acres. She planted vineyards on the valley floor and began to develop the hillside above which, when cleared, revealed abandoned mines and quarries. The depressions were systematized into a series of ponds and waterfalls. By 1987, the site was ready for replanting and Davenport funded many scientific expeditions to Asia to collect seeds of rare and endangered species. Nearly three decades later, it’s a world renown repository for researchers, arborists, and the general public. Everything in the garden was planted from seeds. 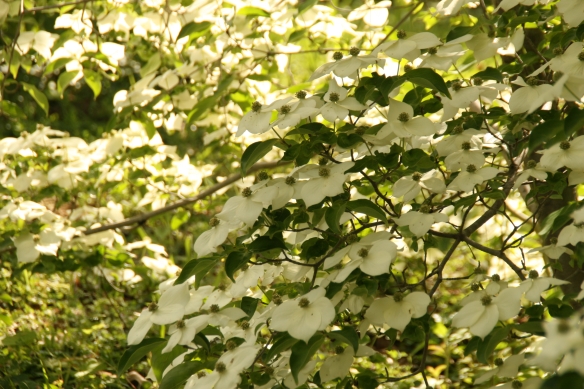 And I had no idea until recently. Most of the species were oaks, maples, magnolias, dogwoods, lilies, and roses with a few rhododendrons and azaleas. Some of the trees were post bloom, many still abloom, and with a few species, the trees were just beginning to leaf out. Mysterious and strange flowers, tiny flowers on huge trees, huge displays on smaller trees. 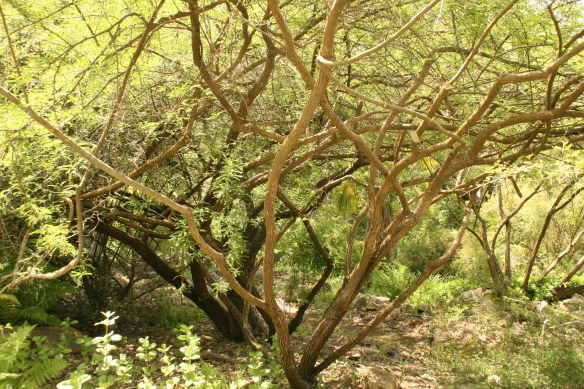 One in particular species to see was the Magnolia sinica. There are only two of these trees in the US and fifty in the entire world. Ten remain in its natural habitat of SE Yunnan Provence. I have always loved the elegant curvature of magnolia trees and their winsome flowers. The Magnolia sinica though is straight trunked.

A maple, Acer pentaphyllum, will be extinct in China within a decade. Quarryhill is nurturing fifty saplings. I am particularly fond of maple trees. I grew up in Illinois with maples and oaks, hickories and hackberries, black walnuts and wild black cherry trees. I have planted five Japanese maples in my backyard and have six more in containers. I love the softness of their leaves, the dense foliage, their graceful branches. I like hearing the breeze flow through the trees, a barely audible whisper that soothes my always jittery urban nerves. 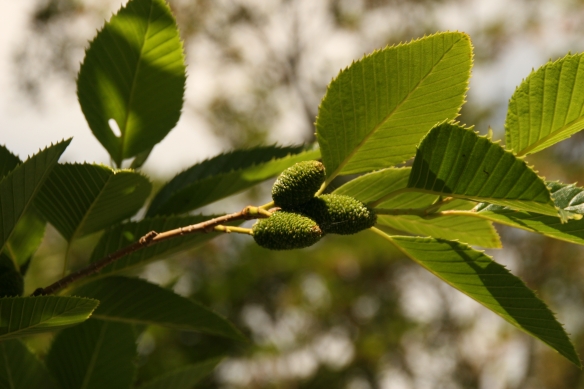 I felt the same effect at Quarryhill but on a grander scale with less ambient noise in the peaceful Mayacamas foothills. The sun warmed my face, the pathways were an easy climb. I sat at the edge of one of the ponds and watched dragon flies, hummingbirds, dark-eyed juncos, nuthatches and a half dozen birds I couldn’t identify. I didn’t think of food but next time, I’ll pack a lunch and eat under a beautiful Liriodendron chinense at Quarryhill and dream away the day.