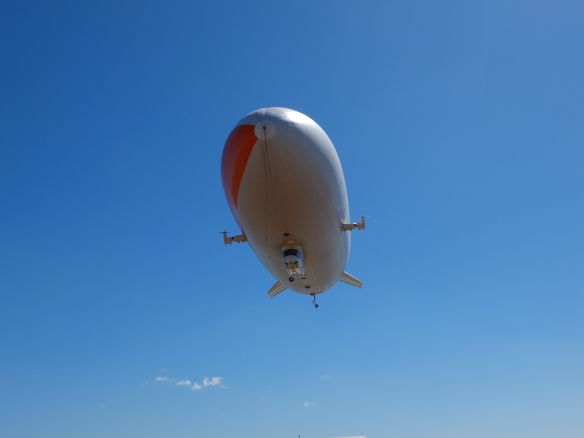 And the airship glided into view, just over the shoulders of the husky blue-shirted crew waiting to tether the Zeppelin, run the portable stairs adjacent, and assist in disembarking the previous tour group cautioning us to watch our step while boarding. I was first on, boarded in the back of the gondola and walked to the forward seat, behind the female pilot. Woman driver? Well, why not.

The Zeppelin Eureka was spacious enough for the dozen of us, glass all around, single seating on either side, and an oriel seat in the back, all glass in the belly of the beast. Buckled up. Near silent engines propelled us upward. Afloat. Bird-like, less determined than a paper airplane, more like an oversized child’s balloon escaped from the birthday party.

A thousand feet over the Oakland airfield, over Alameda, the Oakland estuary and the Port of Oakland with its tidily stacked ocean worthy containers in orange, blue, red and white, over the Port’s giant cranes that supposedly inspired Lucas’s AT-AT walkers in The Empire Strikes Back. 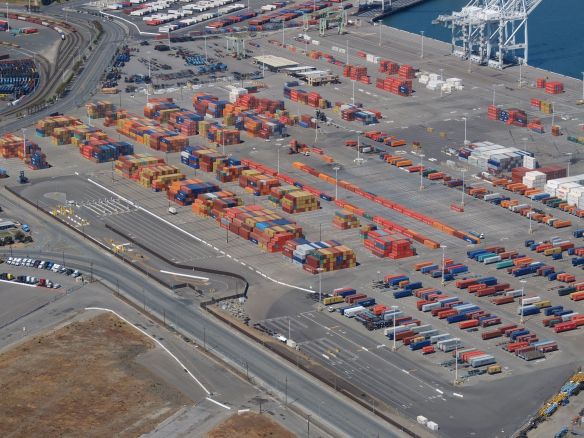 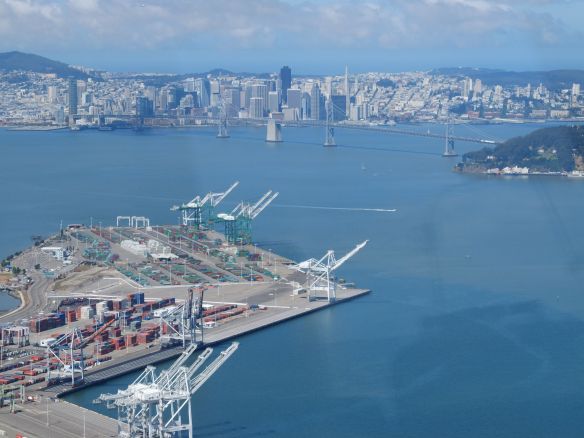 Above the Bay. Light, not quite willowy, more a graceful Dumbo, and as well intended. The vastness of the great Bay of San Francisco and its subsidiary inlets remind how small the landmass is, how tentative our lives along the shores of infinite oceans and the deep fissures under our California homes.

We followed the route of the under construction span of the Bay Bridge and witnessed the engineering complexity of the project, over Treasure Island, around Alcatraz and bore towards the San Francisco waterfront. The City, a twinkling gem in the clear Sunday morning light, faultless and luminous, an oasis at the tip of a peninsula. Mecca. A city to dream about, dream in, a labyrinth of miniature streets and alleys, with green patches of parks and spiraling buildings, well-ordered neighborhoods that flowed into one another and hills that undulated gently in the genteel morning breeze. 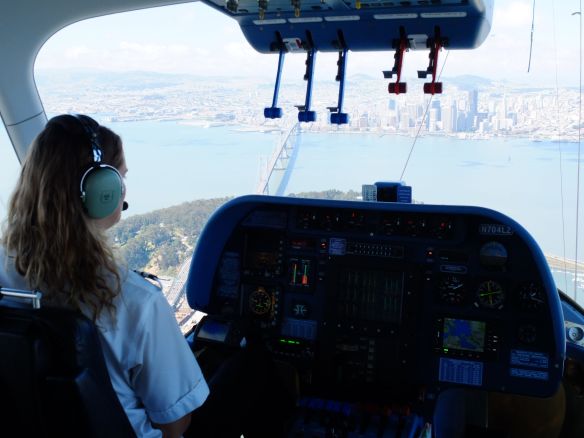 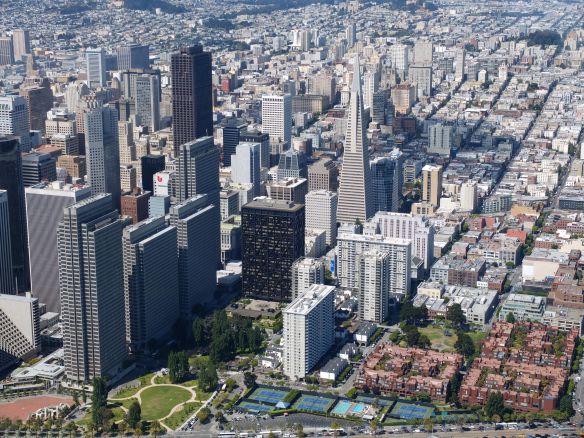 We traced the City’s contour, floated past my house where I saw myself waving hello, past Pier 39, Fisherman’s Wharf, the Palace of Fine Arts, the Presidio. Turned broadside before the Golden Gate Bridge, drifted northward skirting Sausalito, Angel Island, then butterflied back across the Bay to Treasure Island, slid over the extinct Berkeley Pier, sailed above downtown Oakland, Lake Merritt, then descended mutely onto the Oakland airfield where the husky blue-shirted crew was ready to help us disembark while cautioning the next tour group to watch their steps. 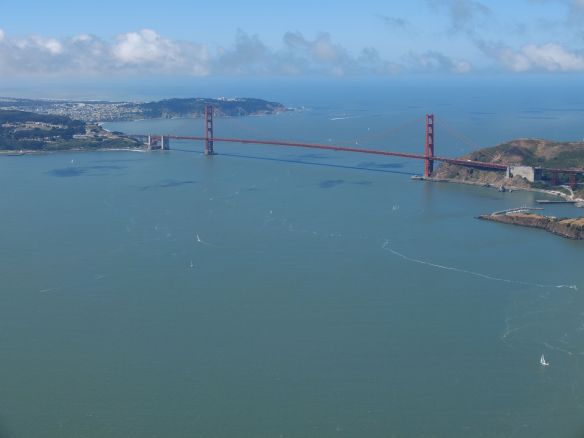 I amongst the clouds, swooned, slack jawed, awed, at a loss, but amazed, enthralled, enthused, overwhelmed, charmed, eyes wide open, a once-in-a-lifetime view of The World, The Bay, The City and the reality I exist in, daily, without much cognizance, without reference, witless about that big picture but calmer now, in this cradle of beauty, this exquisite piece of the world.